Home » Event » Kendo Article » What is the technical data of the screwdriver set?

What is the technical data of the screwdriver set? 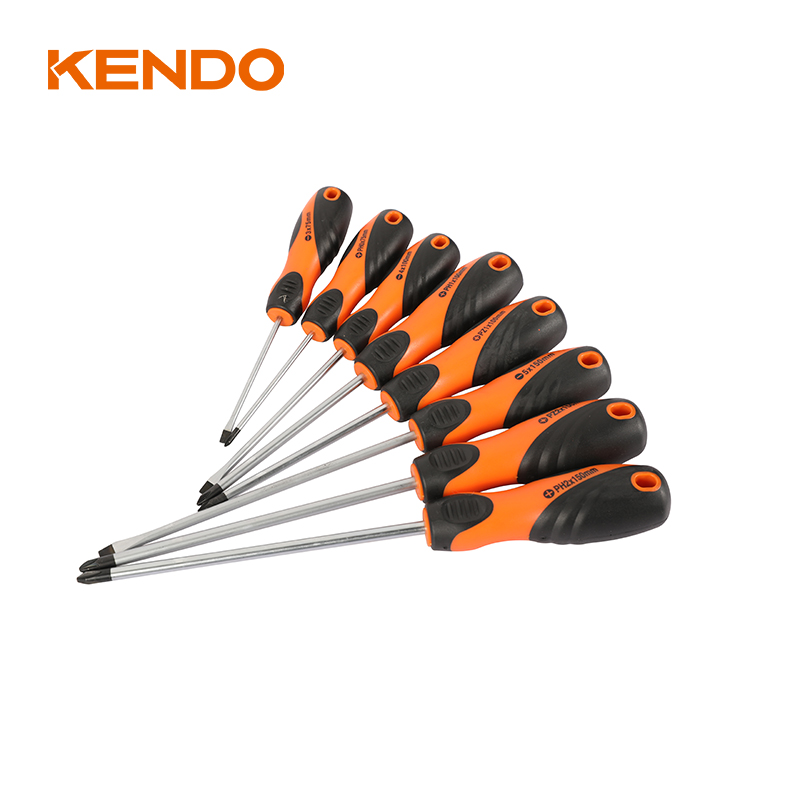 What is the technical data of the screwdriver set?

1.The model of slot screwdriver is expressed as bit width,shank. For example, 2×75 mm means that the width of the cutting head is 2 mm and the length of the bar is 75 mm (not the full length).

2.The model of cross slot screwdriver is expressed as head size,shank. For example, 2#×75mm means that the cutting head is no 2 and the length of the metal bar is 75 mm (not the full length). Some manufacturers use PH2 to represent 2#, which is actually the same thing. You can roughly estimate the size of the knife head based on the thickness of the knife shaft, but the industry differs according to the size of the knife head. The thicknesses of the metal rods corresponding to models 0#, 1#, 2#, 3# and 4# are approximately 3.0 mm, 4.0 mm, 6.0 mm, 8.0 mm and 9 mm.

The above models have standards and measuring instruments that can be tested.

4-mm 4.5mm screwdrivers are generally cross Ph1, which can cover ph000, ph00, ph0 and ph1. This series is basically a precision series required for the disassembly and assembly of small electronic devices, glasses, watches, radios, recorders and the like. This is mainly a suit of which the ph000 is very small and is not used much.

The 6mm screwdriver shank is generally used for Phillips Ph2 specification. This is the most commonly used specification among medium size screwdrivers, so you can use one separately for use in monitor, radio, TV and other housing mounting screws, transformer mounting, etc., Buy woodworking. It is also a Ph2 head that makes screws at home for furniture by electric charge.

The 8mm screwdriver rod is used for Ph3 and the 10mm rod for Ph4. Basically, it can be used in mechanical devices and is rarely used in electronic assemblies, unless it is used as electrical box control.

How do we perform the maintenance of the screwdriver set?

(2) Do not grind the head of the screwdriver too thinly or grind it into a shape other than square.

SAAME Tools has different departments for hand tools, cutting/measuring tools, machine tool accessories and accessories for power tools. We strive to offer craftsmen and DIY enthusiasts the right products, services and solutions at the right cost.