Home » Event » Kendo Article » What is the role of Claw Hammer?

What is the role of Claw Hammer?

The claw portion of the Claw Hammer is straight, rather than curved, and the hammer focuses more on separating materials, such as skirting boards, but this hammer is not intended for driving nails. 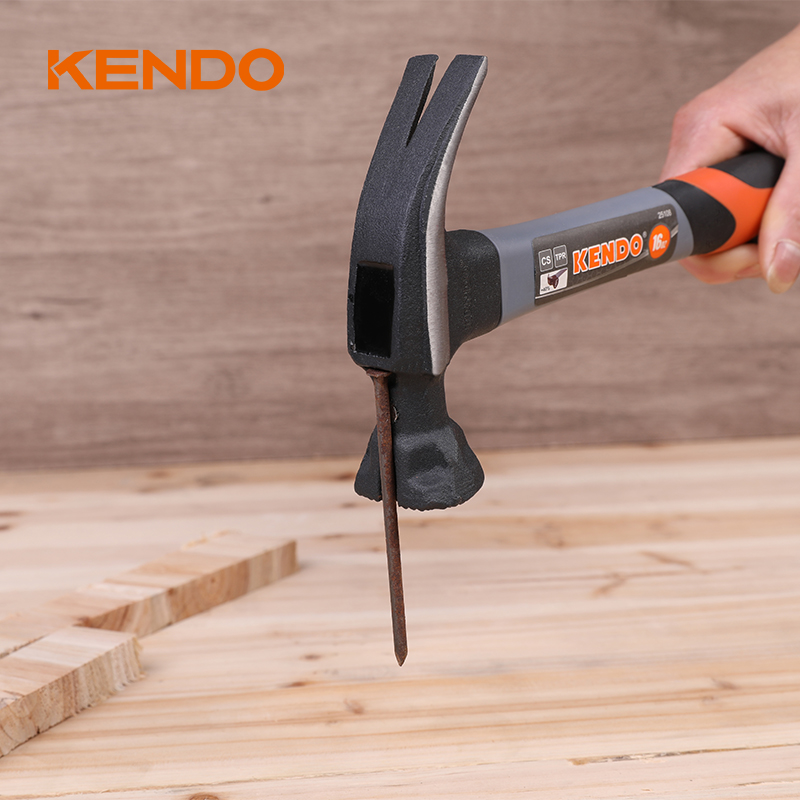 What is the role of Claw Hammer?

Claw Hammer is a tool mainly used for driving nails into other objects or extracting nails from other objects. In general, nail-pulling hammers are associated with woodworking, but are not limited to use with woodwork. It is not suitable for heavy hammers on metal surfaces (such as in machining) because the steel of the head is slightly brittle; ball-nose hammers are more suitable for such metalwork.

What are the characteristics of Claw Hammer?

A Claw Hammer can be said to look roughly like the letter "T", where the handle is the long part and the head is a line that looks like a "T" running through the top. In fact, the head of the hammer does not form a straight line, but curves down into the claws of the hammer. One side of the head is flat, with a smooth or textured surface, and is used to impact the other surface. The other side of the head curves down and splits in the middle to form a "V" shape. This part is the claw of the hammer and is most often used to extract nails from wood. The rounded end of the claw is combined with the handle for leverage when pulling out the nail.

What are the types of Claw Hammers?

Claw Hammers can be constructed in a number of ways, but usually take one of two forms. The first and most popular type of hammer is the two-piece hammer. The hammer consists of a forged steel head with holes for securing the handle. One end is made to fit the hole in the hammer, and the steel wedge is pushed into the wood, which forces it to expand and secures the hammer to the handle. Other handle materials include fiberglass or even carbon fiber.

Another type of nail pulling hammer is a one-piece forged heat-treated steel in which the head and handle are one piece. These hammers often have polymer clamps to increase their ergonomics and reduce vibration when the hammer is used.

Another type of nail pulling hammer is the framing hammer. This is an oversized hammer for framing woodworking. A larger and heavier head reduces the number of blows needed to fully insert the nail. Frame hammers often have a "checkered" face, which reduces head jumping if the blow doesn't hit the nail precisely. In rough woodworking, the tiny indentations the checkered face leaves in the wood are considered unimportant. The Structuring Hammer also has straighter claws than a regular dagger, as the claws are designed to be used more for prying nails than for removing nails (although its claws can also be used in this ability).

SAAME Tools Shanghai Imp. & Exp. Co Ltd. was awarded with many management quality certificates. Wherever applicable, we hold all the necessary certificates for product conformity with CE, GS and any required special inspection certificates.